I will ask you a question today, and hope one will share their thoughts.

Can one have enough of wealth, when poverty grows?

This question might just have a strange hook to it, as it will depends who is asking who. A wealthy person might answer differently than a poor person. Overall how can we have so much of one in the world when both grow, though the amount is in people versus wealth.

I know I am a bit forward with a slight provocation

The economy is a dead end!

Knowing full well what it can mean to say something like this. Still as we are now within the financial system we have we are at a stand still or deadlock. Could it be that money as we knew it is disappearing and leave us with nothing but a bi or byte to chew on. Our values are diminishing while our greed keeps growing. Just a though from a black crow

In the news today Mother nature on a rampage across the Philippines. And on going taking lives who should not be taken. But we all know that news, it is all over the telly and radio. So I will be talking about something else. What seems small but is crucial and can make a difference in this country even bigger. The difference between rich and poor. Living in a western country you would think it hardly exists well, that is where you are wrong. 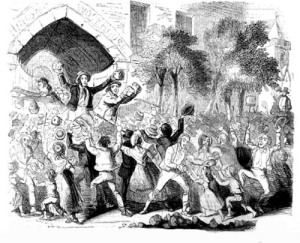 I told in another post this weekend about the amount of people needing the food bank. That the numbers have tripled. And that due to better knowledge in food management (think point cards) at supermarkets there is less food to distribute between the needy. Those who simply cannot afford to shop and get food for their children. And now Christmas is on its way as well, Where kids will look under that tree for a present. How can some of the parents even pay for something like that. Should we not be ashamed it even exist in our own country.

This is just as bad and right there around your own corner. Maybe a door away with out really knowing. But things are getting worse. That is if the union of lawyers cannot stop the ideas of this dumb government. They want to stop the funding for the pro bono lawyers. It is again the poor who are being hit that way. What if the law and lawyers were only available for the rich, what do you think will happen.

Now we all know about the divorce battles among the married Where kids are always the one getting the shortest straw. But what will happen if the parents cannot afford lawyers any more who pretty much do the fighting. Will people who divorce be able to come to agreement. Will there be a good understanding for the child’s care. Do the poor just have to solve it on there own. Or will we see more battles. It is worrying. Kids already being duped with a divorce and now these kids will become the spoils of an war between two parents without supervision of the law, who would even think that up in  our world.

And what if a rich person/company gets a poor man in to court for being a day late with paying a bill. He can’t get representatives and probably an extra fine for the use of court. What about the simple working man who needs to throw of the accusation of theft at his working place. Will he be able to pay for a lawyer. And will he still be working after?

Who would even think that up. Something so fundamental as the law that is made by a country and its people and now a discussion to see if it can be altered to only be used by the rich. Where are we going to if it is even thought of.

I am pretty sure it will not come this far, but why is it even considered. Isn’t the gap between rich and poor to big already. Why even put a new wedge in between them. Isn’t the law for every one the same. Why do rich people even get better tax deals. It is an unfair world when you look deep through the layers of our society.

But I will not heave over just because they want me to. We stand and fight for a better place and help those we can. Any way we can, together everything is possible. I hope you who reads this will do the same. Most people who do not have money to buy food for their children are ashamed to come out. So don’t be mistaken, it is closer to you than you might think. And I want to say something about the those who are unable to buy food, they are very inventive when it comes to making up for what they are lacking. They keep trying to make the best out of their bad time. And that deserves an applause, keep your chin up and keep smiling. And it is not a shame to ask for a potato to feed your children. And we who have that extra potato should not judge those who over come their shame to ask. They are not bad parents (not necessarily), they are just having a difficult time. give some support.