Questioning the answers. Should we or should we just believe everything around us.
It looks and sounds so simple but often enough it gets lots of people against you.
But is it wrong to keep asking questions even though an answer can never be given. Isn’t it healthy to keep the brain in working order and keep looking for the truth.
How is it possible to even believe something that is questionable. To keep asking questions is to keep looking for answers that one day reveal that what is true. Every scientist knows that in psychology it works the same. 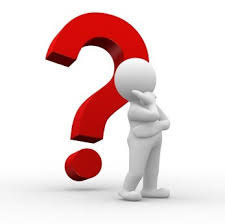 So what brought this up. Well someone who is on one hand saying that free choice is what God gave us and on the other hand says you have to believe in the Bible. Yes it is a discussion about the Bible and the questions i have. Beyond this point you might get offended, but all i am intended to do is to question a written book and maybe open up that narrow minded brain. It is after all your choice to be willing to look on the flip side of a coin.  There was even more to that story but that is another discussion.

So on with the Bible first then.
First up is the story of Adam and Eve who had 2 sons of which one killed the other. I am not gonna ask why or how. But I will ask this. How can one son create more people to live on this planet. Where would his woman have come from? Or was there incest in play with his mom? Fair enough questions considering that it is said they were the first two people.
The  arc was in a storm for 40 days and nights. But surely not  anchored. A boat would drift away from where they start no matter how big it is or heavy. But  they found land where olive trees grow. That would be around the Mediterranean sea. Greece or Iraq. Isn’t that weird when the highest points would have been like, Himalaya or even the Alps. Where no olive trees would grow? Or did they end up in Spain.
And another. Why does the Bible talk about the migration from Egypt and the 14 prior years. The Egyptians were pretty good at keeping taps on what was going on in their country. But they do not seem to have any record of it? Disasters like that would have been documented.

Oh and there is not a single word about a Tyrannosaurus rex or a Velociraptor or the huge Brontosaurus in the making of earth and animals or the arc tale. Not likely animals to can be easily missed
We could also look a how we can interpretate things. All men are shaped equally, is a famous one. But does the word ‘men’ in here mean all humans with dicks ( yes ladies if you have one you could consider yourself as one) or all humans men and women alike.  If he created humans to his image then why did we get a dick and vagina. You would expect that God like creatures might be able to reproduce in a different matter. Maybe something for a science post.

Now that is just like the first two books of the old testament I question. Questioning what is written is good. The truth about the past we will never really know to be true or not.
Keep asking questions even if an answer is given. Because everything in the past is questionable the present is what you see now and the future  is unknown and constantly changing.

Now i know what you are going to say. You cannot question without a believe. Well good thing is that we can believe in what ever we want. Free choice. Aliens, God, Big Bang theory or like me nothing and question everything and believe in the answers that I will question just like any other.

Maybe next time we will look at science.

Again open your mind and think for yourself. Your thoughts and opinions matter. Not saying I am right just asking questions. That is just who I am. So we ask learn share and ask again.