To be fair I am not much home or behind the computer. I read my novels do some kind of excerzise beside my search for interaction and a less boring life.

The next song is just so much fun to listen to and has that same question being asked as well. It is also because it has been to long since I shared a song with you all.

It is from Leaf and called Superwoman. Sing along, dance and have fun out there. Life is just to boring to be behind a phone, tablet or computer. Go out and interact.

At first I wasn’t sure or rather had not thought of an artist that had been colouring my youth. With lots od old music I grew up myself in upcoming pop, rap and dance scene. So much had changed in just a little time. Had to crack my brain today to come to the following name. U2.

The memory of them was from around the age of 8 when they came with ‘New Year’s day’ and ‘Sunday bloody Sunday’. Clearly they have been around a while longer and had some other song before these like ‘I will follow’. They left a great impression on a young man like myself. Unaware of what they meant at that time they changed a lot around us. More so when the meaning of the song came over the years. To me the music was just following the path of guitars I already listened to but adding that edge of new wave to it. All in all it was a refreshing sound that swept me away.

I look into his eyes
They’re closed but I see something.
I was on the outside when you said;
You said you needed me.
I was looking at myself.

Who is it now? who calls me inside
Are the leaves on the trees just a living disguise?
I walk the sweet rain tragicomedy
I’ll walk home again to the street melody.

A soldier asked for a cigarette.
His smiling face I can’t forget.
He looked like you across the street,
but that’s a long way here.

Her papa go to war,
Her mama say one day he’s gonna,
Come back from far away.

And the battle’s just begun
There’s many lost, but tell me who has won
The trench is dug within our hearts
And mothers, children, brothers, sisters
Torn apart.
You got to cry without weeping
Talk without speaking
Scream without raising your voice.

If you should ask then maybe they’d
Tell you what I would say
True colours fly in blue and black
Blue silken sky and burning flag
Colours crash, collide in blood shot eyes.
Come forth and speak to me
Raise me up and don’t let me fall
No man is my enemy
My own hands imprison me
Love rescue me.

I can only hope you enjoyed the read and the creation with only their own lyrics. There are so many and each is great to use and tell a different story. Thank You for reading and U2 thank you for the words. And I will only share one song today as I am sure each of you will know a song or two.

When it is music Friday I have lots of music rushing through my head. And most all have a reason to be there as songs are related to memories. It is the magic of music, or just one of the many reasons music catches us. A song portraying emotions we are feeling clinging on to what we had have or want.

This time it is music that was mostly written before I was born, but were the records you would find inside the box left by your parents. Earth & Fire is a progressive rock band. I already had Friday about Shocking Blue that was formed around the same time and was also from this small country I was born in. It is memories of youth and their record player. Though the music makes me feel old in some ways, there is that smile seeing that black vinyl turn on the turntable. Mesmerized by the needle floating across the surface it is scratching. Magic.

The rain was wet,
transparent like glass
Autumn,
sparrows in the sky
while the leaves on the branches are drying
Spring,
sound of a newborn life
I think I’m moving on ’cause it’s time
To unknown places
But I don’t care at all
I try to find my destiny
I couldn’t sleep
I love to be again in your fair company
A never-ending dream
Oh my love
You changed the nightmare in the night

Another day is dawning
Another night has gone
Nothing lasts forever

A laurel wreath for the future graves
Of the marching children.

As always I do hope you enjoyed the creation made from the Lyrics of their very own songs. I will leave you with some songs for you to listen. There are two at the end who are pretty long but definitely worth to listen to. Welcome to my days of youth.

Yeah I was born in an age of new and upcoming music, blessed with many different sounds of the past that have an echo in today’s music. As a child it was a rich time and as a teen one starts to find their own path. But I can never shake of the incredible sounds of the early days.

So I am taking you back a little, to years before I was born but can still make the people today smile.

Naturally I will try to use their very own lyrics to create something new. I hope you enjoy the read and songs. 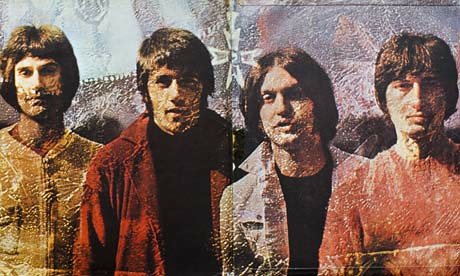 Living on a thin line,
Tell me now, what are we supposed to do?

Well, yesterday was such an easy game for you to play
But let’s face it things are so much easier today.
A misty shadow spread its wings
And covered all the ground
And even though the sun was out
The rain came pouring down
Smudged mascara and pill-shaped eyes
Everything you want was bought with lies.

You got all your friends,
I got a TV set.
You got your cars,
And this boy’s never had anything.
Need someone,
it’s dark and it could get lonely.

I’m on an island
Since my girl left me behind
She said that I’m not her kind,
Well, I ain’t gonna wander,
Like the boy I used to know.
He’s a real unlucky fella,
And he’s got no place to go.

If you feel down and you’re under the weather
Have another drink and you’ll feel alright.
Won’t someone help me to break up this crown
Let’s all drink to the death of a clown

This week the music I tried to stay away from the usual.

Posted by Ranting Crow on March 25, 2016
Posted in: Music. Leave a comment

It is late or maybe one should say early as it is still 9pm. But the thing is that I haven’t slept since Thursday morning. Not important when writing a post after spending a day with my nieces baking cookies no less.

I enjoyed the time very much but having two ladies can be hard work. Ask any man. By the way who knew it would start so young.

Grea fun let me point that out and the fun si when we listen to music. It may not be my kind of music, it still is fun to watch them learn about music in there own way. Singing a song in a different language, just because they know the translation better Just an idea how kids these days listen just as much as we would.

Now for the introduction of music by little old me. This week has been a bit frantic and though not truly a fan of Americana been listening to the Common Linnets and just able to find some calm back in there music. There new render of the Jolene song by Dolly Parton is just amazing with the darker male voices it has given it a new dimension. This was done with Bosshoss from Germany. A must listen that leaves me with goosebumps.

For another I am picking a newcomer if one can call him that. As a fan of the White Stripes wher two people can make great sounding music just fascinates me. A drum and a guitar it is all Icky Pack consists of. My hearts just runs faster hearing this kind of music. It is an intriguing kind of music one would either hate or love, I do not think there is a middle way. To me they rock and strange at it may sound to you all after hearing them play. They running heart is at peace making the mind fill with energy. Show these guys some love as I leave two songs for you to enjoy.

This is it for today And as always it is just me sharing with you guys my love for music and the music I am listening to at the moment. Digging up some gems I truly enjoy and can fill my day with. And yes Icky Pack is like a drugs to me that just keeps me up and going.