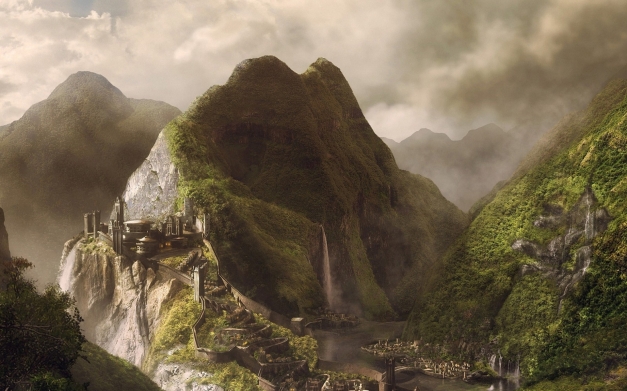 Her fierce demeanour was shown through the flames of her burning hair. Eyes glared with a serious hatred as she sped towards Duncan who was attempting to get up. Her sword was raised above her head the roar thundered through the arena having all spectators feel a chill running down their spine. The to felt how furious the princes had become after a lock of hair was cut.

As she closed in Duncan held his arm up in front of his face, to frightened he thought it was over for him. His life was over after this strike, what else was there to do for him.

The wind was hot that was pushed over from the pressure the princess was creating, her sword glowing a bright orange due to the heat created by its flames. With his eyes looking over the edge of his arm he could see her eyes filled with a killing intent. He closed his eyes when he saw the blade crashing down and waited for the white light at the of the tunnel to appear before him.

Rumbles were felt through the ground as the floor shattered in pieces around our hero. The sheer pressure and force of the sword had him sink into the sandy surface. Small rocks jumped up or were left behind before falling down.

The entire arena was silent and saw with their own eyes that the slash of the princess was stopped by a shield. An almost invisible shield that was been emitted from the armour piece he had put around its arm. Her strength was more than enough to shatter the ground and have Duncan bend a knee down.

As he opened his eyes he looked up to wards the princess who was dropping her guard down after failing to slay her opponent. She, the strongest of strong was unable to fell a low life of an unarmed man, no less.

“I am sorry, but what just happened? Am I dead? Is this the after life?” Duncan looked around and saw nothing strange or nothing he had not seen before. “where is the light?”

-“You are not dead stupid. That shitty piece of armour… Tsk” Her fist reached his jaw and the punch had him flying down.

Soon as he went down the crowd started cheering again.

“She is still the strongest. Nobody can beat the princess.”

Grub stood by the hero and helped him up. “Forgive the princess for loosing her temper. She does have a side to her you rather not see. It is what makes her the strongest. Though I never seen her go all out like that. You are to cool to have taken that hit hero.”

Duncan was stuttering and waving his hands in front of him as to say he never did such a thing. “I… I was going to die. You know… I did nothing. It was an accident”

Grub laughed and walked after the princess who was leaving through the gate. Her sword was dragged behind her and one could feel the tension of her loss just now. Her disappointment and most likely her tears that saturated the arena beside the sweat and blood of previous fights.

“Accident or not Duncan. You just won! Just when a sword can’t penetrate a shield, the shield has won by far.”

Duncan didn’t understand what he meant by it but he just figured he would follow the two as he had done before. He may not feel at home here, or know the rules and laws of this country, but maybe just maybe he can make it work somehow. He rubbed across the black armour and decided to keep it for future fights.

I enjoy writing and seeing a scene come to life in my head and being written in the hope the reader has a fun time reading.