The last part in this years quick Christmas Story. Part One, Two and Three you can find by clicking on the part numbers. Still no title for this story I kind of screwed up, but A Bunny Christmas might become a valid option 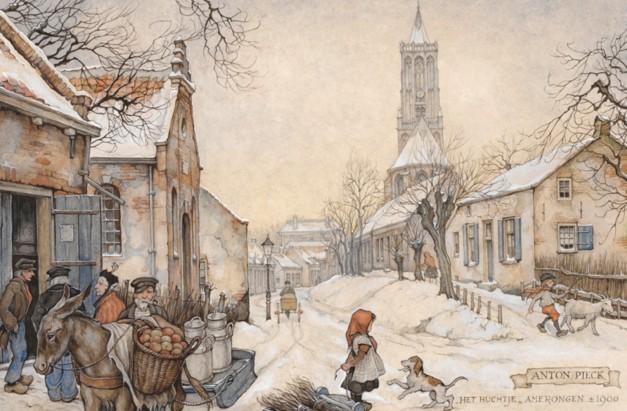 -Richard started talking about his days that happened earlier. How his lived changed with a world less sturdier. He walked from the building he worked in. Laid a week before Christmas he had his head hung down. Unsure of what he was to do he wandered through the city many miles away. Every fibre in his body cold from the winter wind didn’t want to stay.

You see he lost in all in the past year, his parents in an accident, his woman to another man, now his job has been gone and all that what he felt was left was life was done.

Tears froze solid to his cheeks as he walked In between two parked cars without much attention for his surroundings he walked straight across. It is here he was thrown back in an instant with wheels grinding and squeaking wheels. A voices scream want to hear him say he’s okay and all bared witness of the rabbit on his chest. Dissolving in a single drop after shown that twinkle.

Lorry driver saw it happen a bundle of blue light made from snow flakes, turned into a rabbit and pushed over this man to the ground. Richard laid deep in thought of the sparkle, his live saved by something magical.

He stood up with fuzzy look in his eyes. Brushing of the snow from his long coat he apologized to the driver and went on his way. He may have hit his head and did not know where he was going but he followed a twinkle or rabbit feet in the snow. With his heart beat raised, light footed he went on across the plains and fields.

You see he saw them flutter around in the storms fluffy white rabbits with their twitching noses and happy hops in fresh fallen snow. But what caught his eyes and made him smile were the twinkles that hit him straight in the heart. Hypnotized he followed the streaks of light not once he felt it wasn’t right.

He had some thoughts as he saw the dark side of town hidden in shadows with across the river parties and laughter and none of them knows. Of the days that had passed without any stops, no food or drinks he kept on to walk and follow the hops.

Here he sat eating something so simple but his heart he already felt it seen in her eyes the very same twinkle.

But to make a long story short so you can go on celebrate your holidays drink the drinks and eyes watch the fireworks setting skies ablaze.

They started a family, with Tommy their adopted son. And I can’t say I had anything to do with that, it was the wish of Little Tom. Leona knew from the start see seen his twinkle the stories of Mary always had that magic that made her tinkle. She dreamt of meeting her man just the same always hoping never knowing it would come true.

After such a harsh year Richard finally found. Keeping open the orphanage after time spend to fix what was broken.

I will get ready for next years Christmas and fly across the moon lit skies bringing joy to your friends and family. So belief in yourself and me and watch for the sparkle in people’s eyes.

Celebrate the magic that lays hidden in one’s heart with the new year soon to start.

Drink your Champagne, raise your glass and make the magic happen.