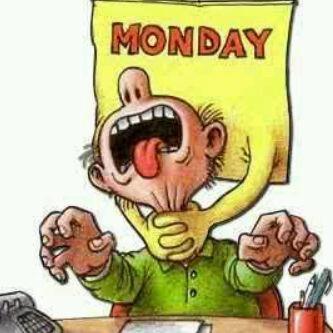 I had something I wanted to write about but changed it at the last minute. It is something that has been bothering me for a little while now and is pretty much a reflection of our selfishness and fear. It is the lack of solving issues and just work around them. Making sure problems go away by running away from them or throwing them in the lap of others.

Be warned of the very sensitive nature of this post. It will cause haters and have me maybe loose a friend or two. But this is the flip side, the other side of a story.

At the moment we have an issue going on about released criminals. For one there is the guy who shot a politician. He is living somewhere in the Netherlands after doing his time. Early release has been issue, due to good behaviour. Next to that he secretly was moved a day earlier to his new home. Now through internet it becomes easy to leak information, so did his new address.

He is now constantly watched, and followed till one day he might end up dead by the followers of that politician. It is a great danger if that was going on in the neighbourhood. Though he has done something horrible, he also done his time or paid his due. (that last part is still with my tax money, but that is another rant)

Now a murderer we can handle.

But what if it is a known paedophile? This is where the sensitive nature of the blog starts, so be warned.

There are two sides to a story or even more, so what are they.

Story one. Known paedophile is released from prison and living in a flat occupied by elderly people of age 50 and over. Neighbourhood gets a sniff of it and starts protesting in front of flat. Long live the internet where we can find that kind of information.

We all think the same here, not in my neighbourhood, hands of our children. Move it. Get lost.

Story two. Man did his time and is released to be back into society. He is also a known paedophile. Been living on that address for some time now when the neighbourhood opened kindergarten under his home. Now information has spread and the people say he needs to go.

Again in fear for our children, and honestly I do get that. But now the stuff that scares me even more and maybe a possible solution involving mums.

Oh yeah do not mess with a mum and her cups. I know. But we are talking human here and in my eyes the worst kind. They are able to protest in front of city hall in both stories. Day in and out. Hundreds of parents and participants, shouting the man has to go and move elsewhere. And we understand their anger, fear and frustration.

The question asked was; to where should he be moved?

This was an angry mob telling the problem should just move away to another neighbourhood and become their problem.

Is this seriously how we should solve things? Just make it someone else problem. Have other mums worry and go through what you just been through. What kind of compassion was she even showing by saying, we or I do not care.

Told you it was delicate and though I do not like the idea of a paedophile living in my neighbourhood I sure as hell should not make it some other parent’s problem.

In the second worst case we are going back a 50 years where we lock people up on islands. That makes each and every one of us goes against those humanity laws and stuff. By deporting them or banning them from a country we are just moving or shifting the issue. In the worst case we can just shoot and kill. Saves lots of tax money to.

On the other hand they were able to protest day in and out in front of city hall. They were able to leave their children at home or at a school. As a concerned parent with that much time on your hand could set up a neighbourhood watch. And keep an eye on whoever you want to watch. Making sure he cannot move around with the neighbourhood being his/her shadow.

Understanding the nature of one side does not take away the fact there is a flip side. The other story. In this case the selfishness of parent or parents. Not wanting to deal with a problem and rather send it elsewhere to another parent. Not wanting a day in a week to keep an eye on the children. And that is said by a parent who is at city hall every day leaving her kids at home.

This delicate matter needs a solution, but we should not run away from it. And even more so should not throw it in someone else’s lap.

I believe in the United States there is a neighbourhood watch project where parents constantly keep a molester in check by watching him. Teaching children to stay away from that one person.
If we can do this in a peaceful manner, which means without violence we become true to name of protector.

Speak up let me hear from you, pretty sure I made some of you mad. What do you think should happen? This is the internet, stories come out more and faster, but there is always a flip side.

Now last but not least, my personal opinion. I won’t deny the fear. Step up and protect the children, stop whining and take action. We can deal with these ourselves. Stop making it someone else’s problem by telling him to move or make him move away. Or shoot to kill but that goes against those laws again. This i snot saying, I am right. This is me saying open up conversation.

Seriously speak up and let me know how you would solve this.